Ellen Lupton is curator of contemporary design at Cooper-Hewitt, Smithsonian Design Museum in New York City and founding director of the Graphic Design MFA program at Maryland Institute College of Art (MICA) in Baltimore. An author of numerous books and articles on design, she is a public-minded critic, frequent lecturer, and AIGA Gold Medalist. Read More

When people started swimming 50,000 years ago, no one bothered with swim suits. Why get the fur wet on your new caveman outfit? When cultural norms demanded that bodies stay covered, skinny dipping went underground and bathing attire was born. Changes in the history of swimsuit design reflect shifting cultural values as well as new beliefs about athletic performance. We’ve seen the body go from naked to covered to nearly nude—and back again. Recent athletic competitions have raised ethical questions about extreme swimwear: is it fair, or is it doping?

2000 BC
Public baths (swimming pools) are built in Asia, Greece, and the Middle East.

1730
Ocean swimming is rediscovered as a recreation and sport. Seaside resorts appear in England.

1820
Women wade about in the surf wearing full-length bathing dresses, some with long sleeves and high necks. Ankle-length pantalettes are worn underneath.

1860s and 70s
Amateur swimming societies are formed in Europe and the U.S., establishing swimming as a sport. (Women do not compete.)

1880s
European women wear bloomers and short-sleeved blouses into the surf. Many beaches are zoned by gender.

1900
The maillot pantaloon appears in France. This sleeveless bodysuit covers only the torso and the upper thighs. This scandalous attire is rarely worn in the water, appearing mostly in pinup postcards.

1905
The Gibson Girl wears a form-fitting bathing dress with tights instead of bloomers. Men wear shorts and a tank top (no bare chests).

1912
Women can swim in the Olympics. Olympic star Annette Kellerman designs her own swimwear, a unitard made by sewing stockings to a leotard.

1910s
Annette Kellerman bares her legs in films and postcards, asserting women’s rights to wear safe and efficient swimwear. The maillot becomes socially acceptable on European beaches by the 1920s. 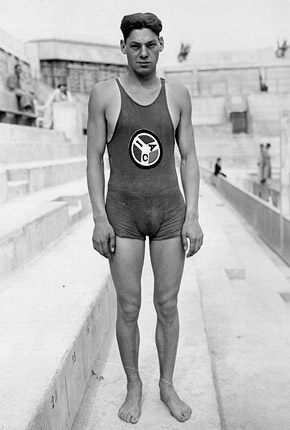 1925
For both men and women, a combination of shorts and tank top become popular swimwear. 1946
In Paris, Louis Réard registers the name “bikini” for his minimal, belly-baring two-piece suit for women. 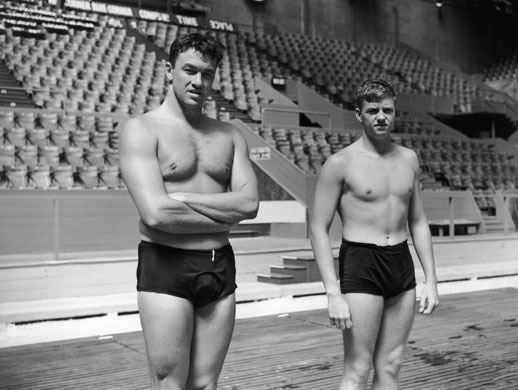 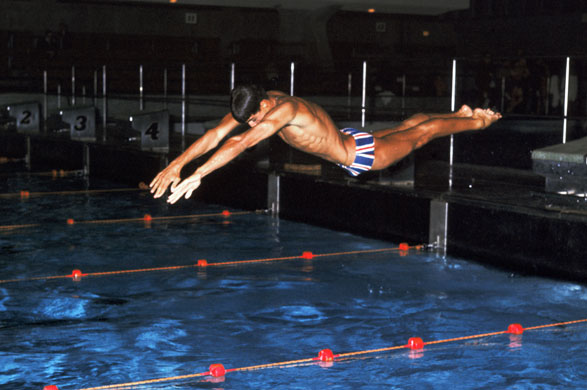 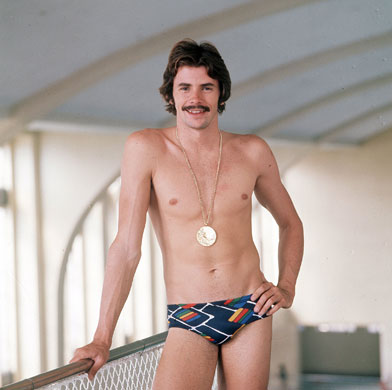 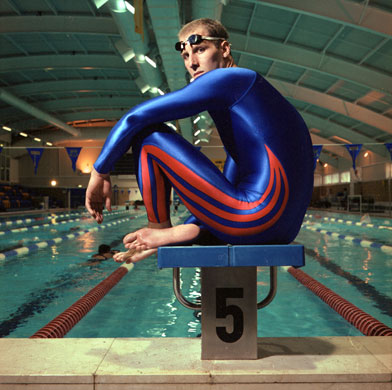 2006
Borat struts his stuff in a mankini.

2007
The Burquini is designed by Aheda Zanetti (Australia) and Shereen Sabet (California) to allow Muslim women swim while covered. The suits are an international success. 2009
The Burquini is banned by a French community pool. Many French swimming pools also ban Bermuda shorts or baggy swim shorts for men, requiring all dudes to wear skin-tight pants. Both rulings are made on hygienic grounds. 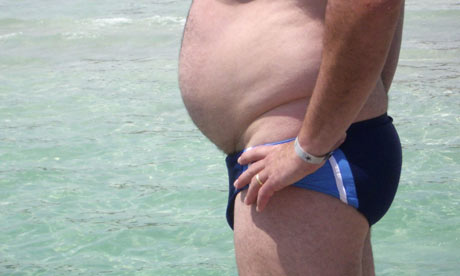